Evaluating the Cost of Your Commute 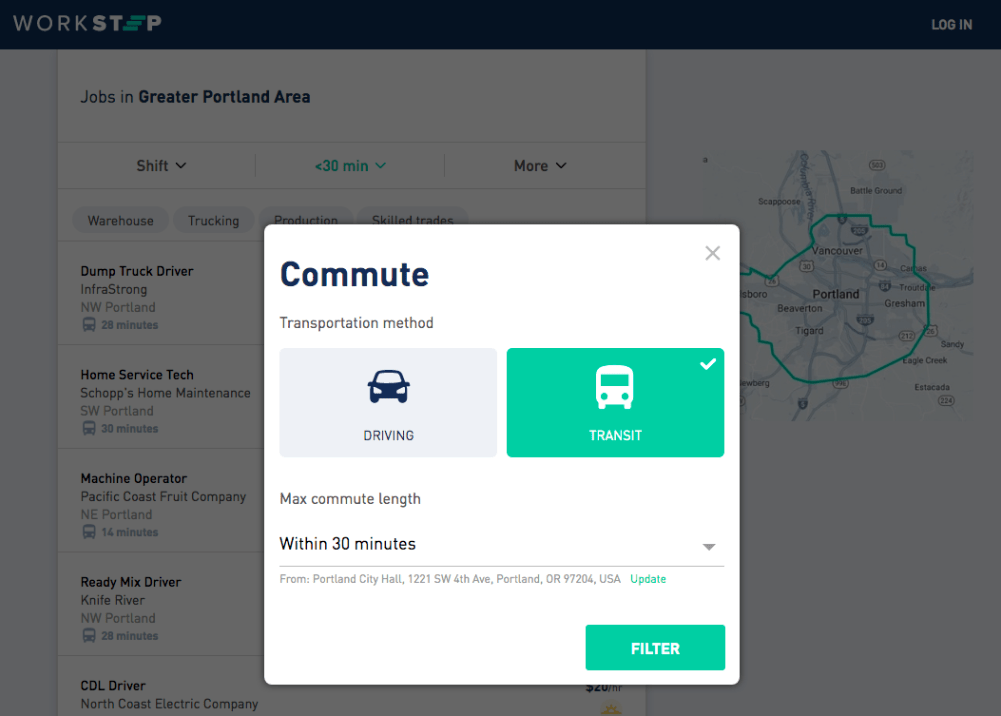 Imagine you have two job offers in hand, each for a nearly identical role:

Before you sign up for A without a second thought, consider that by choosing B, you could end the year with an extra $5,000 in your pocket.

When analyzing any new job or location change, it’s critical to consider the potential cost of the commute right alongside the stated wage. In doing so, it can be helpful to break this expense down into three cost buckets: money, time & job satisfaction.

The monetary cost (how much are you actually spending to get to work) is a crucial component of the overall equation. In this case, the old saying that “you have to spend money to make money”, unfortunately, couldn’t be more true.

If you will be driving a personal vehicle to the worksite, an easy rule of thumb is to use $1 per mile you live from work per day to calculate what you’ll be spending to get to & from the job. For those curious, we reached this rule by using the IRS estimate of 51 cents per mile cost of vehicle operation, rounded down for simplicity, and then doubled to account for roundtrip nature of commutes.

As an example, if your commute is 20 miles each way, this will cost you roughly $5,000 per year in commute expense. Therefore, cutting that commute in half to 10 miles will save approximately $2,500 per year. That’s no small chunk of change.

If you will be taking public transit, chances are the overall cost of commute will be significantly lower, even if it doesn’t feel that way as you pay your bus toll or purchase your commuter card each month. Though exact commute expense depends on your city and preferred mode of public transit, expenses will likely average roughly $5/day, or about $1,250 per year.

Similar to the money you spend out of pocket, your time also has value. Not just because it’s a finite resource, but also because, if you should so choose, you can use any time saved to earn additional income on the side.

To calculate the time-cost of your commute, simply multiply your hourly wage by the hours spent commuting. For example, a worker earning $18/hr who spends 1 hour commuting per day, would have a commuting time expense of $4,500/year.

While it’s important, of course, to count the dollars and cents of your commute, it’s also crucial not to forget the emotional toll an unduly challenging commute can cause.

According to Forbes, almost 50% of employees say that their commute significantly impacts how they feel about their job. In fact, a recent study concluded that an additional 20 minutes of commuting per day has the same negative effect on job satisfaction as receiving a 19% pay cut.

While this might not seem as crucial as the monetary cost upfront, consider that low job satisfaction leads to increased turnover, which also leads to lower lifetime earnings.

Revisiting Job A vs. Job B

As you can see, after removing the cost of commuting, Job B yields significantly better earnings, as well as higher job satisfaction. In fact, even ignoring the time cost of your commute, you’re better off with Job B.

At WorkStep, we believe that, if commute is going to have this significant of an impact on your financial outcome & job satisfaction, it deserves to be something presented accurately and with complete transparency throughout the job search process.

Beginning today, every job listed on WorkStep is shown to each WorkStep member and prospective member with both the driving & public transit commute times from his/her home address. Additionally, every user now has the ability to filter openings based on their commute options (driving vs transit) and preferences (total time spent).

We hope these changes continue to help workers in our network find the right job & achieve better career and personal outcomes.

Learn more about WorkStep or find a job here: WorkStep