What Each Presidential Candidate Has Planned for American Manufacturing 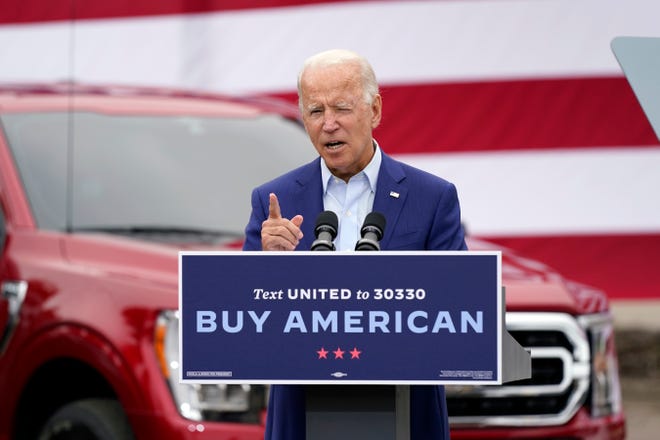 It’s clear that this year’s election will have a significant impact on the manufacturing sector and the US economy. Due to this crisis, it has become increasingly important to find out what each presidential candidate has planned for American manufacturing.

Given the quantity of electoral votes up for grabs in Rust Belt swing states, both candidates are campaigning aggressively on what they will do as president in support of domestic manufacturing. This gives us an idea of what we can expect for the next 4 years depending on the results of November’s election.

Here’s what each candidate is currently promising when it comes to job stability and the economic future of the manufacturing industry.

President Trump’s Plans for US Manufacturing

In his second term, Trump will continue to position his message as "America First” and is largely focused on ending our reliance on China. His campaign has announced various tax incentives, including credits and deductions, to bring 1 million manufacturing jobs back from China while denying federal contracts to companies that outsource from China.

In an August speech, Trump reiterated these statements, saying,

Biden is countering with a "Made in America" message, balancing speeches made in front of Ford pickup trucks with a promise to create 10 million clean energy jobs. His campaign states the importance of bringing back critical supply chains to America. He plans to invest in the workforce, providing workers and smaller manufacturers with the education and resources to succeed. Biden’s campaign website states,

“Joe Biden will mobilize the talent, grit, and innovation of the American people and the full power of the federal government to bolster American industrial and technological strength and ensure the future is “made in all of America” by all of America’s workers. Biden believes that American workers can out-compete anyone, but their government needs to fight for them.”

Biden’s plan places emphasis on giving manufacturers and workers the fair shot they need to compete for jobs and market share, with the strong belief that US manufacturing can thrive even in the age of automation and globalization. And, when it comes to any future trade agreements, it’s clear that Biden is much more focused on human rights and environmental standards than his opponent.

Recent supply chain disruptions due to COVID-19 are leading companies to re-evaluate onshoring. This looks good for Biden’s future “Made in America” policies. Additionally, Biden is the only one who mentions support of clean energy. Clean energy is finally tipping into the mainstream, as it is embraced by oil & gas companies like BP. Based on these trends, it appears that Biden’s plan is potentially more future-proof than his opponent’s.

The Bottom Line: Who Will Offer the Most Support to American Manufacturing?

The overarching messages when it comes to manufacturing – Trump’s “America First” vs. Biden’s “Made in America” – may sound very similar. But which candidate will actually do the best job of bringing prosperity and stability to today’s manufacturing workers?

As a voter, you should be looking to the candidate whose policies can mend the structural issues that are present in trade and manufacturing. This isn’t just about broader economic policy. It’s also about supporting businesses to provide workers with the most job stability and the highest quality of life.

Both candidates are promising to stand up for American manufacturing and trade, but they have different ideas as to how they will go about this. In a few short week, American voters will decide whose ideas they support at the polls.